Warning: Illegal string offset 'td_post_template' in /home/customer/www/girlsandtravel.com/public_html/wp-content/themes/Newspaper/includes/wp_booster/td_single_template_vars.php on line 67
 Girls and Travel - Arizona: what to see and do. Grand Canyon, awesome landscapes, Route 66 and a Tombstone tour | Girls and Travel
CLOSE
Wednesday, November 30, 2022

Think plateaus, peaks, mountains, giant rocks, winding rivers and pioneer towns and you’ve pretty much summed up Arizona. Sandwiched between California, Nevada, Utah and New Mexico in America’s south-western corner, it may be famous for its spectacular desert scenery, but there are plenty of forests too, making it perfect for outdoor activities.

Its main draw is the spectacular Grand Canyon, but this state also has a rich cultural history. Around a quarter of its land is made up of Native American Reservations, and there are several Old West towns ripe for exploring.

Did we mention The Grand Canyon? Arizona is home to the 277 mile-long natural phenomenon and the good news is, it can be explored on foot, by helicopter or even on a mule.

If you want to get off the tourist trail, there are plenty of national parks to choose from, including Canyon De Chelly and the dramatic Monument Valley Navajo Tribal Park.

For more urban adventures, there’s pretty Flagstaff, cosmopolitan Phoenix and spiritual Sedona. Bear in mind too that the immense Hoover Dam bridges Arizona with Nevada, meaning the temptations of Las Vegas aren’t too far away.

For a prime Grand Canyon spot, historic hotel El Tovar offers spectacular views over the South Rim. The nearby small town of Tusayan has decent budget options. If chic mid-century modernism is your thing, the Hotel Valley Ho in Scottsdale has it in spades, plus easy access to dozens of nearby golf courses, shops and restaurants.

Arizona chefs are experts at firing up the grill for ribs and steaks, and there’s a strong Mexican influence in the south. At the Grand Canyon, try the Arizona Room for sumptuous views and meats teamed with local prickly pear sauces.

The Joyride Taco Bar in Phoenix has a colourful street food vibe while Cibo is a quaint Italian with fabulous pizza near the city’s Light Rail line.

With a good portion of the famous Route 66 winding through Arizona, it’s proper road trip country. Rent a car and soak up that fabulous scenery. Outside the cities, traffic is light so stop off at some of the state’s classic roadside cafés.

To explore Arizona’s stunning desert peaks but not swelter in its heat, take a spring or autumn trip. It’s worth bearing in mind that the Grand Canyon’s more wild and secluded North Rim has a shorter season running roughly from mid-May to October.

Arizona is the sixth biggest state in the US and this could mean several hours in the car between stops. Arm yourself with plenty of water and snacks for the long drives.

Stay at a Dude Ranch. The Dude Ranch Association has ranches all over the US offering visitors a taste of Western life and hospitality. In Arizona, there are around nine ranches, with a variety of activities on offer including twice-daily horse rides. The Stagecoach Ranch in Yucca – two hours drive from Las Vegas – is a peaceful oasis in the middle of the desert.

Route 66 town Seligman. The self-proclaimed ‘birthplace of Route 66’ is a kitschy stretch of souvenir shops, colourful cars and irreverent relics all dedicated to the historic highway. Stop off at Delgadillo’s Snow Cap Drive-In for a bite to eat from the quirky menu, which includes ‘cheeseburger with cheese’ and ‘dead chicken’.

Explore the Grand Canyon by foot. While many tourists see the vista by helicopter, there are several hiking trails with great views and far fewer tourists going into the basin itself.

Children will love the Grand Canyon Railway, which features performers and musicians on the two-hour ride from Williams. For water fun, Lake Powell offers water skiing, boating and tubing. In Phoenix there are some great water parks to cool you down in the summer heat. 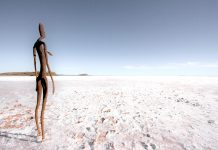 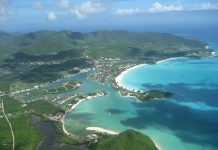 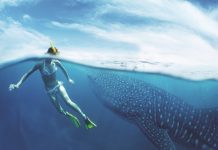 Cancun, Mexico: what to see and do. Long white beaches, Mayan ruins and sunshine on this Caribbean coast 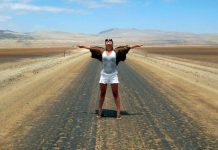 Chile: Home to every kind of landscape imaginable